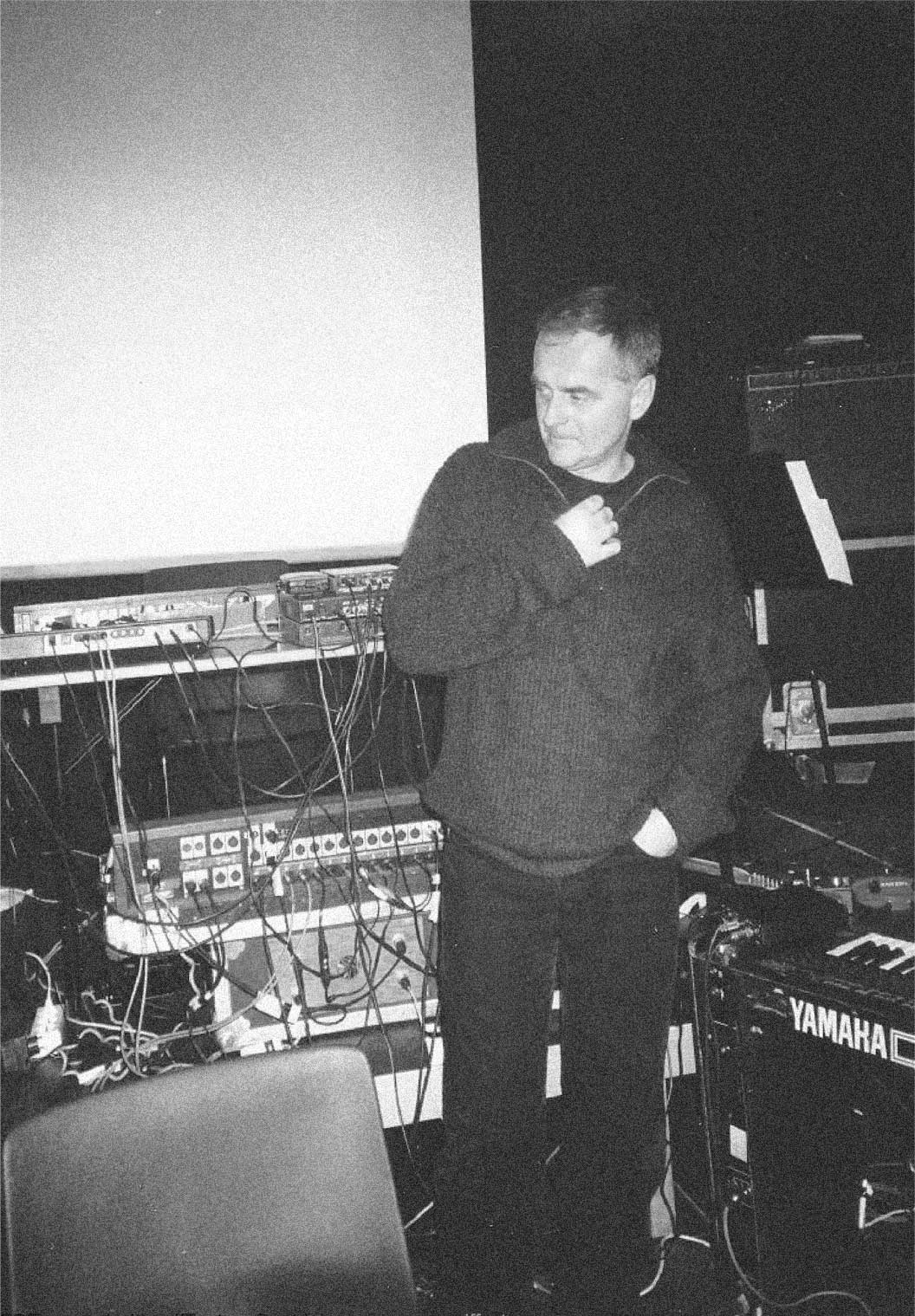 Krzysztof KNITTEL born in Warsaw in 1947, he studied at the Departments of Sound Engineering and of Composition, Conducting and Music Theory of the Fryderyk Chopin State Higher School of Music in Warsaw (composition with Tadeusz Baird, Andrzej Dobrowolski, Wlodzimierz Kotonski). He took part in the Courses in Applied Mathematics organized by the Polish Academy of Sciences (1974) and in the Summer Courses of New Music in Darmstadt (1974, 1976). Since 1973 he has collaborated with the Polish Radio Experimental Studio. In 1978 he worked for the Center of the Creative and Performing Arts in Buffalo.

He composes symphonic, chamber, stage, electro-acoustic and computer works, he also creates sound installations. His commissions have included those from the National Philharmonic Orchestra, the National Polish Radio SO, the Amadeus Chamber Orchestra of Polish Radio, Sinfonia Varsovia, the Polish Radio Orchestra, the Camerata Silesia Singers Ensemble and many soloists, such as the harpsichordist Elżbieta Chojnacka, the pianist Janusz Olejniczak, the singer Olga Pasichnyk (the recipient of the Orpheus Critics? Award for her role in The Heartpiece, Double Opera by Krzysztof Knittel and John King at the Warsaw Autumn Festival in 1999).  He has performed his works in most of the European countries, Asia, North and South Americas, including concerts devoted exclusively to his music in Brazil, the Czech Republic, Spain, Germany, Russia, Hungary. His music has been featured at prestigious festivals including the Warsaw Autumn International Festival of Contemporary Music, ISCM Music Days in Paris and Zagreb, Fylkingen in Stockholm, Living in  a Virtual World in Toronto, Experimentelle Musik Festival in Munich, New Europe 99 Festival and Experimental Intermedia in New York, Ilkhom XX in Tashkent,  Pan Music Festival in  Seoul, Festival International de Musique Experimentale in Bourges, Ton-Art in Berne, Musica Ficta in Vilnius, Dresdner Tage der zeitgenössischen Musik, Melos-Etos in Bratislava, Alternativa in Moscow and many others.

In 1981 he worked closely with the Commission for Culture of the Solidarity Union Mazovian Branch. Following the imposition of martial law, he participated in a wide range of independent cultural projects. In later years he served as vice-president of the Polish Society for Contemporary Music (1989-92), director of the Warsaw Autumn Festival (1995-98), president of the Polish Composers’ Union (1999-2003), vice-president (2000-2005) and president (2005-2017) of the Polish Music Council. Since 2014 he is a member of the board of the European Music Council. He was a member of the Supervisory Board of Polish Television (2003-2006), a member of the Programming Board of the Zachęta National Gallery (2004-2010) and of the Board of the ZAiKS Authors and Composers Association (since 2006). He co-founded the Audio-Art Festival at the Center for Contemporary Art in Warsaw.  He is the artistic director of the Ad Libitum International Festival of Improvised Music which he founded in 2006. He is professor emeritus of the Fryderyk Chopin Music University in Warsaw, he teached also at the music academies in Lodz and Krakow.

His honors include the Solidarity Prize for the String Quartet written in tribute to Father Jerzy Popiełuszko (1985), the Award of the Polish Composers? Union (2003), the Cyprian Kamil Norwid Artistic Award (2003), the Gloria Artis Silver Medal of Merit for Culture ((2005), the Gold Medal, the Guardian of National Remembrance Sites (2005) and the Cultural Merit Badge (2007). He was also awarded by the Foundation for Contemporary Performing Arts in New York (1998), in 2017 he received Gustav Mahler Kompositionspreis and The Theater Award of the City of Gdansk for the opera “The Last Judgment”, in 2019 ZAiKS 100th Anniversary Award. As journalist and critic he contributed to the periodicals Tygodnik Literacki, Ruch Muzyczny and Studio and freelanced for Polish Television (the weekly arts feature and the Classical Music Department).